Which Countries Use the Euro? 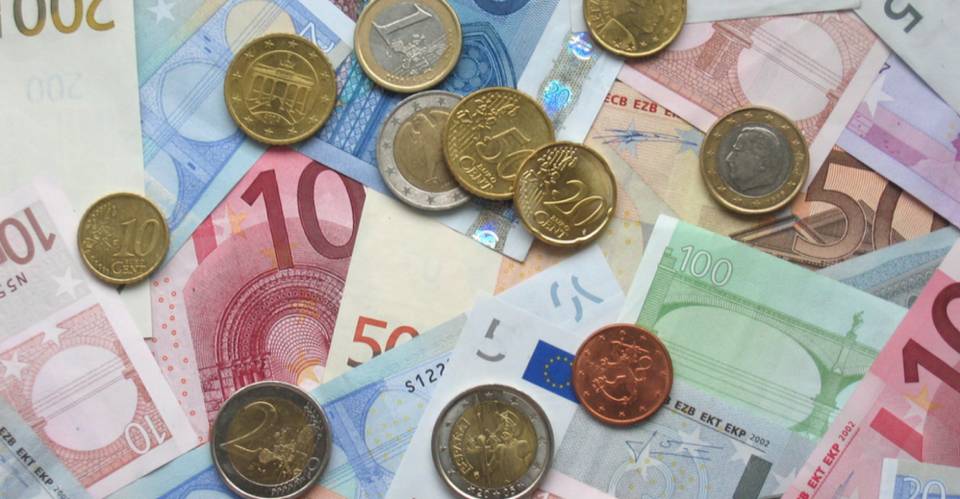 The euro is the second most traded currency in the world, behind the US dollar, with around 1.3 trillion euros in circulation as of 2019.

It is also the official currency of the European Union, with 19 of the 27 EU member states using the euro. We have created a list from 2022 of the countries using the Euro here:

As well as these EU member states which use the euro, Andorra, Monaco, San Marino, and Vatican City all use the euro under formal monetary agreements made with the EU, despite not being members of the EU.

While these 4 countries are allowed to use the euro as their currency, they are not part of the eurozone. As a result, the heads of these country’s central banks are not allowed to sit on the board of the European Central Bank as is the right of EU member states. Similarly, the finance ministers of these countries are not invited to be part of the Eurogroup, which has a political influence on the EU’s monetary union and on the euro itself.

Kosovo and Montenegro also use the euro without the permission of the EU and without being members of the EU.

Which EU Countries Do Not Use the Euro?

While the majority of EU member states have adopted the euro as their currency, 8 have not. These countries are:

What Currencies Did Eurozone Countries Use Before the Euro?

Before they adopted the euro, the 19 current euro using countries used the following currencies…

When Was the Euro Introduced?

While it is normal for there to be an obligation to join the eurozone as part of becoming a member of the EU, both Denmark and the UK were both granted exemption from this. Denmark is still today a member of the EU without using the euro as its currency.

The introduction of the euro came on the first of January 1999 when Austria, Belgium, the Netherlands, Finland, France, Germany, Ireland, Italy, Luxemburg, Portugal, and Spain all began to integrate their currencies under the eurozone banner. While the euro did really start on this date, it was only introduced in a non-physical form with those countries all still using their traditional national currencies to actually complete many transactions. These currencies also continued to be legal tender, allowing for a changeover period.

Instead of the currency being physically introduced at this time, exchange rates for these currencies were set against each other at fixed rates under collective management, paving the way for the establishment of a single currency.

Eventually, in 2002, euro notes and coins were actually introduced. As the euro currency was introduced in its physical form, the old currencies it was replacing were gradually phased out and ceased to become legal tender.

How is the Euro Managed?

Of chief importance in the management of the euro are the European Central Bank (ECB), the Eurosystem, and the Eurogroup.

The ECB is one of the most important central banks in the world, with the ECB governing council deciding on monetary policy for all eurozone countries and for the EU as a whole. Other crucial roles it plays are administering foreign exchange reserves within the EU, monitoring exchange rates, setting interest rates in the EU, and deciding on monetary objectives for the EU. On top of this, the ECB has the exclusive right to issue euro banknotes and also decides which countries can issue euro coins. Kosovo and Montenegro have no right to issue euro coins and other countries usually have to seek permission first.

Politically, the eurozone is represented by the Eurogroup which consists of the finance ministers of all eurozone countries. This group exercises political control over the currency and the EU’s policies related to unifying the economies of eurozone countries. As well as communicating informally, this group also meets a day in advance of a meeting of the Economic and Financial Affairs Council.

How Does a Country Join the Euro?

In order to join the euro, an EU member has to meet the euro convergence criteria. The aim of this is to achieve price stability and to ensure that the eurozone isn’t negatively affected by the introduction of a new member. The criteria relate to pricing stability, a nation’s public finances, exchange rate stability, and long-term interest rates.

A country should not have excessive national debt.

The country must participate in the European Exchange Rate Mechanism (ERM) II for at least two years before joining the eurozone. This is without deviating significantly from the stipulated central rate and without devaluating their currency’s bilateral central rate against the euro in the two years before joining the eurozone.

The long-term interest rate (average yields for 10 year government bonds within the past year) should not be any more than 2% above the rate of the three best-performing eurozone member states.

Exchange Rates for the Euro

The euro is a free-floating currency and as such fluctuates in value in a similar fashion to the pound sterling or the US dollar.

Where the central banks of other free-floating currencies seek to influence the exchange rate of their currencies, the European Central Bank does not exert a great deal of influence. Rather than intervening in the foreign exchange market to influence exchange rates, the ECB does not do this so that it can have a greater level of control over inflation. As such, the euro fluctuates in value in a truer fashion than many other currencies.

The euro is widely regarded as a stable currency and a safe one in which to conduct business. Indeed, its position as the second most widely held reserve currency is a testament to this.

Many small and medium-sized enterprises (SMEs) from the UK and all over the world conduct business in euros without protecting themselves against losses arising from changes to the exchange rate. Where bigger businesses tend to manage the risk posed by changes to the exchange rate, SMEs often do not tackle the problem. This is in spite of the fact that it can be done very easily.

Forward and option trades of currency have been used for a long time by businesses that need to guarantee exchange rates when trading in foreign currencies.

Auto Hedging: What to Know when considering Automated Solutions

Why is a Weak US Dollar Good For Emerging Markets?